Sprint is reportedly in final stages of acquiring T 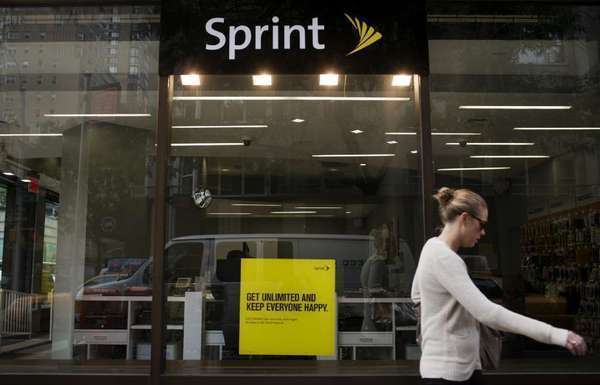 Sprint's deal for T-Mobile is expected to be worth more than $19 billion. (Victor J. Blue / Bloomberg / )

Sprint Nextel Corp.'s Japanese parent company, SoftBank Corp., is reportedly close to acquiring rival T-Mobile from German communications company Deutsche Telekom in a deal that is expected to be worth more than $19 billion.

Earlier this month, the Wall Street Journal reported that Sprint was interested in T-Mobile, but Japan's Nikkei news service said Tuesday that SoftBank had entered final stages of talks with Deutsche Telekom about the deal, according to Reuters.

SoftBank, which acquired 80% of Sprint this year, is reportedly interested in acquiring T-Mobile to create a third wireless power that could compete with Verizon and AT&T, the top two carriers in the U.S.

SoftBank is exploring different ways to make the deal happen -- such as by paying with shares of Sprint or borrowing from banks -- but Deutsche Telekom would prefer a cash a deal, Nikkei reported, citing unnamed sources.

However, any deal involving the merger of Sprint and T-Mobile is expected to draw regulatory scrutiny. Two years ago, AT&T was blocked from acquiring T-Mobile, but Sprint is smaller than AT&T, which may give its deal a more realistic chance of being approved.

Neither Sprint nor T-Mobile could be reached for comment.

Google edges Apple as most talked about company of 2013