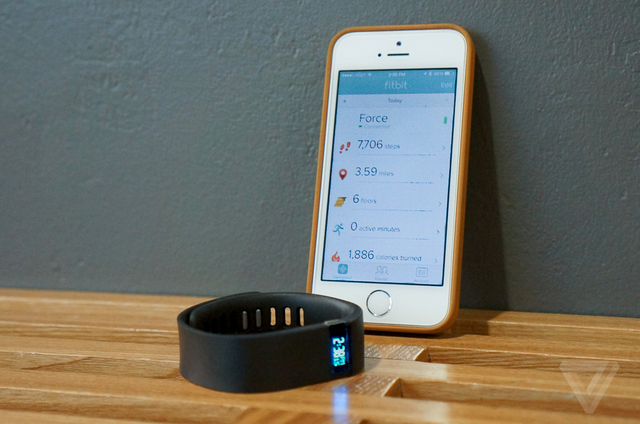 Fitbit has updated its iOS app with a new feature called MobileTrack, which promises 'basic' activity tracking on iPhone 5S even if you don't currently own a Fitbit device. MobileTrack likely taps into Apple's M7 motion coprocessor - exclusive to the iPhone 5S (and new iPads) - which keeps track of a user's movements and allows easy retrieval of that data without sacrificing battery life. For Fitbit, direct on-device tracking serves as a powerful counter punch to other iOS fitness apps that require no extra hardware.

It's also an enticing way to bring new customers into the Fitbit ecosystem; users can sample Fitbit's app before spending money on a dedicated tracker. Nike has adopted a similar strategy with the launch of Nike+ Move for iOS. The app offers an easy way to get started with Nike's fitness platform - even if you're reluctant to spend $150 on a FuelBand. In both cases, the hope is that users will eventually buy into the more advanced hardware. To see what else is new in Fitbit's latest iOS update, head over to the App Store now. You can use your iPhone 5S as a Fitbit thanks to the company's latest iOS app update