Apple's Tim Cook must forfeit $4 million in stock, board decides 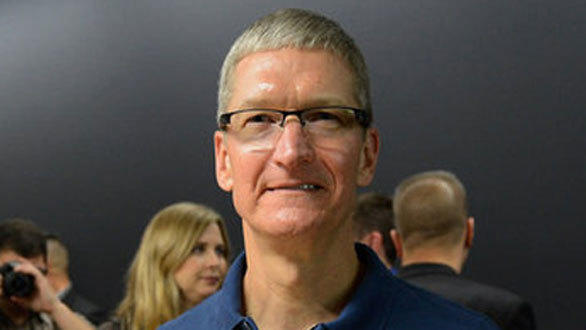 Under a deal Apple chief Tim Cook agreed to, Apple's board can determine each year whether the company has performed well enough for Cook to retain stock awards. (Kevork Djansezian / Getty Images / )

This year, Apple's Tim Cook asked his company's board to restructure a massive restricted stock award he'd received when he became chief executive in August 2011.

The change came after several months that had seen Apple's stock plunge from $702.10 per share to $390.

The change was voluntary. But as a result, Cook has already paid a price.

According to a shareholder proxy that Apple filed Friday, the board determined that because of Apple stock's poor performance, Cook should forfeit 7,134 restricted stock units that he received two years ago.

When Apple awarded Cook the 1 million restricted stock units, half were supposed to vest after five years, and the other half after 10 years.

But to demonstrate his commitment to shareholders, Cook agreed this summer to have a portion vest annually so the board could determine each year whether the company had performed well enough for him to retain the awards.

In the filing, the board noted that while 72,877 of Cook's shares for that period did vest, the overall total shareholder return was off the mark. As a result, 7,134 shares did not vest.

Based on Apple shares' Friday closing price of $560.09, that stock would have been worth about $4 million.

However, Cook's loss was partially offset by a $2.8-million bonus he received, the maximum he could have been awarded under Apple's compensation plan. The board determined the company hit all its performance goals and as a result, all top executives were awarded a bonus worth double their annual salary.

'The company exceeded the maximum performance goals for both net sales and operating income set by the Compensation Committee for 2013,' the proxy says. 'Accordingly, each executive officer received the maximum payout of 200% of base salary under the performance-based bonus plan.'

For the top four executives reporting to Cook, that worked out to an extra $1.75 million each.

While sizable, the board argued that the bonuses were reasonable given that they fall below the 'median for executives with similar positions at peer companies.'