Showing posts from July, 2010
Show All

Young Film Maker Adam Will Pursues His Dream Out West 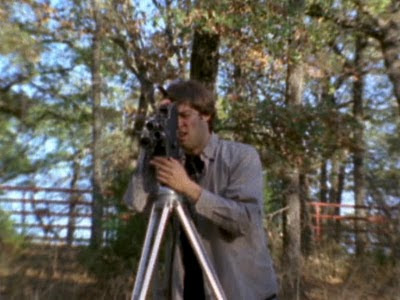 Building on the inspiration of master film-makers Quentin Tarantino and David Zucker, Adam Will is embarking on his own film career. He’s already produced a couple of creative short films and has several in production.

Adam just graduated from Southern Methodist University (SMU) with a Bachelor of Arts in Cinema/Television. He was one of only three students in his field to receive the Meadows School of the Arts Honors for Scholarly Achievement. Recipients are honored based on grade point average and professor selection for outstanding achievement.

He joined Axiom as an intern following his high school graduation in June 2006 and we were so impressed we asked him back again after his freshman year at SMU. Adam got to exercise his creative energy with a major role in the creation of a “day in the life” video about our great, Great Dane mascot, Ruling Duke.

“Axiom afforded me the first opportunity to work closely within my field,” said Adam. “My two summers at Axiom gave me a competitive …
Post a Comment
Read more
More posts