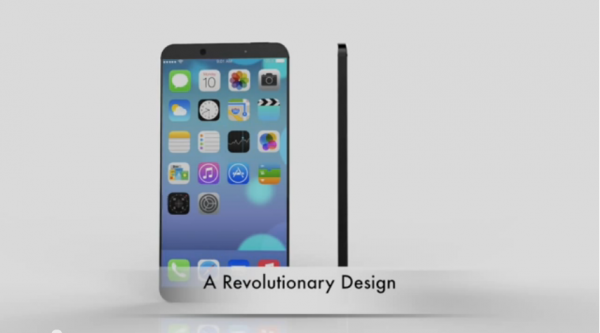 Apple fanatics can't get enough of the iPhone. Bloggers everywhere are already predicting what Apple has in store for the iPhone 6, which many are now calling the iPhone 6 Air.

Rumors claim that the next iPhone will feature a bigger screen but will still be thin and manageable, making it a 'phablet,' or a tablet and phone combination. Lately, however, bloggers say that the smartphone will be so thin that it will be called the iPhone 6 Air.

Bloggers' predictions of the iPhone 6 Air's screen range from AppAdvice's 4.5-inch antiglare display to the more popular rumor of a 5-inch screen.

Some have developed design concepts for the iPhone 6 Air based off of Apple rumors. Fuse Chicken predicts that in order to achieve maximum screen size, the iPhone 6 will lose its home button and replace it with a touchscreen feature.

Sulekha.com says that the iPhone 6's touchscreen home button will also have the ability to adjust the phone's volume, lock the screen, activate SIRI and perform other functions.

Currently, the Vico X3 is the world's thinnest smartphone, reports. The Android phone, which is sold in China, is 5.75-millimeters wide, but weighs more than the iPhone 5s (112 grams) at 150 grams. The iPhone 5s is 7.6 milimmeters wide, so Apple has a long way to go in order to create the thin phablet that Apple users are beginning to expect.

Fuse Chicken sets the iPhone 6 Air at just 4.5 millimeters wide. Fabrizio Bianchi, Italian designer, and Martin Hajek, also believe that a larger-screened and thinner iPhone 6 can be achieved by stretching the screen to the entire length and width of the phone.

Check out some videos of the iPhone 6 Air concepts below: