Pinterest will start telling users where their favorite photos came from in Getty ... 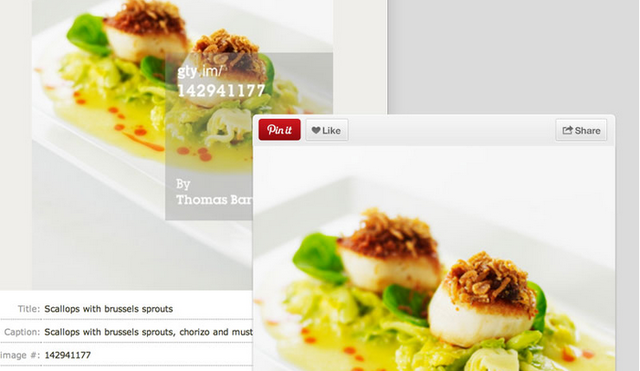 Pinterest is working to fix one of the most persistent problems on its network: the difficulty of tracking down the source of a given photo. The company has announced a partnership with Getty Images that gives it access to Getty's substantial metadata collection, allowing it to run reverse image searches and pull out the photographer, the date and location of the image, and any descriptive text. Pinterest also says that it's 'just getting started' with Getty, which suggests more features down the line.

Pinterest describes the partnership as a way to give users better information about what they're pinning. In the example above, it says it could tell someone that the ambiguous dish above is scallops and brussels sprouts, then suggest related recipes and give them the original source of the image. The biggest winners, however, are the image owners and the investors who see Pinterest as a prime advertising platform. With better attribution, users can get more information about the things they might want to buy, and advertisers can get more data about what users are interested in. Pinterest says it's paying a fee to get Getty's data, but with a valuation of $3.8 billion and a recent $225 million funding round, it's got cash to throw around.