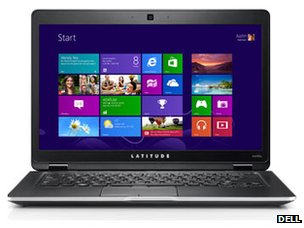 A number of Dell users have complained that their Latitude 6430u Ultrabooks 'smell of cat urine'.

Dell engineers have ruled out biological contamination, and said the smell was not a health hazard.

The problem lay in the manufacturing process, which has now been changed, the company said.

Users affected by the issue should send their laptop back for replacement parts.

'A few weeks ago I got a new Lattitude 6430u for work,' one user called Three West complained on Dell's hardware support forum. 'The machine is great, but it smells as if it was assembled near a tomcat's litter box. It is truly awful!'

Another customer, Hoteca, said: 'I thought for sure one of my cats sprayed it, but there was something faulty with it so I had it replaced. The next one had the same exact issue. It's embarrassing taking it to clients because it smells so bad.'

Other users said they had blamed their cats for the smell.

Dell support technicians initially suggested that users should clean the laptop air vents with compressed air, but users complained that the odour persisted.

In September, a customer known as Malioz raised a concern that the cause of the problem could be to do with the polymer used in the laptop plastics, and asked whether chemicals causing the smell could be a health hazard.

After an investigation, Dell concluded that the odour was not hazardous to health. 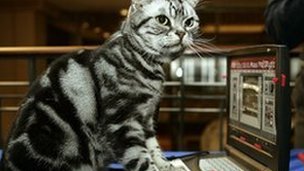 'The smell is not related to cat urine or any other type of biological contaminant, nor is it a health hazard,' Dell support technician SteveB said.

The problem was related to the manufacturing process, and had now been resolved, he said.

Dell recommended that users should send affected laptops away for a replacement palm rest and keyboard.

News of the issue spread after a link to the thread was posted to discussion site Reddit.