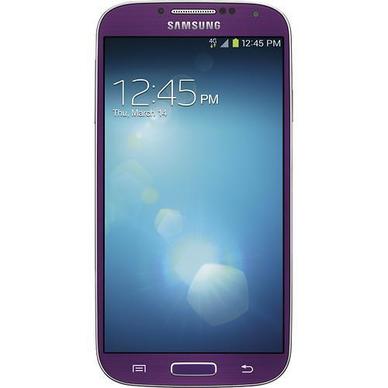 Black Friday is nearly here and there are countless deals in stores and online. Here are five tech deals that you may want to check out.

The popular Samsung smartphone is currently available in stores and online at Best Buy for $0 with a two-year contract. Normally, the Galaxy S 4 costs $249. The retailer is selling the device in numerous different color options that work with AT&T, Sprint and Verizon. The deal ends Saturday.

If you're looking to buy a new iPhone, Wal-Mart may be the place to do it. Starting at 8 a.m. Friday, the retailer will give customers who purchase a new iPhone a $75 Wal-Mart gift card. The iPhone 5s will be available for $189 while the iPhone 5c will cost $45, so you could essentially make money by buying the cheaper of the two devices. The deal is available when users purchase the gadgets with two-year contracts from Verizon or AT&T.

The iPad Air and iPad mini with Retina just came out this month, but Target has a deal on both. Customers who purchase either version of the iPad mini, either last year's or the new Retina model, will get a $75 Target gift card.

The retailer will also give customers a $100 gift card whenever they purchase any version of the full-size iPad. That includes the iPad Air, which is available at a discounted starting price of $479. The deal kicks off on Thursday.

At $349, the Microsoft Surface is still a tough purchase for a tablet/laptop hybrid with poor battery, but at $199, you've got a deal.

The 32 GB tablet will be available at its $150 discounted price from Best Buy starting Thursday. Microsoft will also sell the tablet at that price.