Leaving ABC News, Couric Describes Move to Yahoo as 'Being of the Moment' 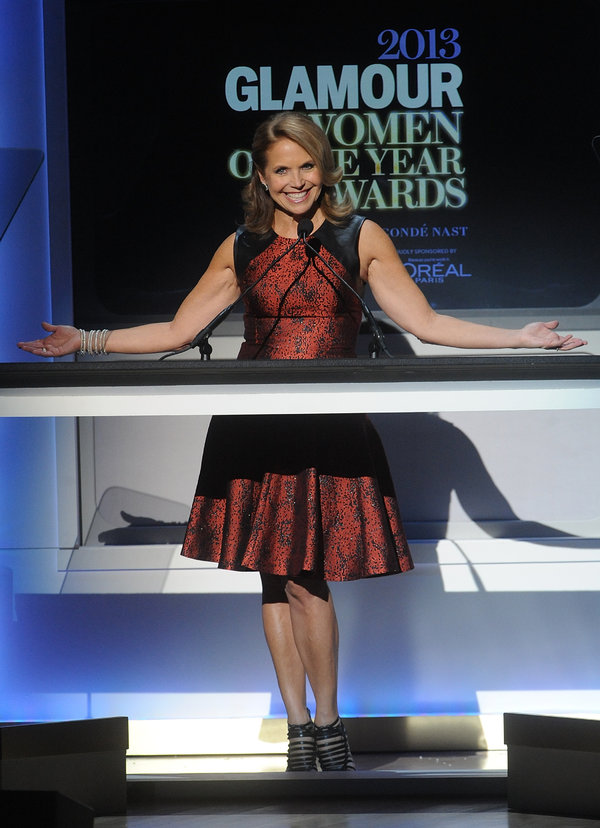 Yahoo announced on Monday that it had signed the longtime network news star Katie Couric for a new position as the 'global anchor' of its still-formative news operation.

It had been widely reported late last week that Ms. Couric was about to sign a new deal to shift from ABC News to Yahoo as a base for news reporting and interviews, while, at least for the current television season, continuing her daytime syndicated talk show.

The completion of the deal between Yahoo and Ms. Couric offers another example of an established media figure leaving a print or television outlet for purely Internet sites. In the case of Ms. Couric, one of the biggest names in television news over the last quarter-century will now base her future work away from the established pillars of network news. In her career, she has worked for all three broadcast network news operations, as well as CNN.

In an interview this weekend, Ms. Couric, best known as the longtime host of NBC's 'Today' show and then for her stint as the anchor of 'The CBS Evening News,' said: 'TV news is not over,' she said, adding that there were now more outlets to report news.

'I have always been interested in online and social media and have been trying to figure a way to straddle both worlds,' she said. 'I like being of the moment and embracing what's happening.'

The move to Yahoo will end Ms. Couric's deal with ABC News a year early: She had been named a special correspondent for the network two years ago but, in practice, she has had little presence on ABC News programs. The network's morning program, 'Good Morning America,' became the top-rated morning show and didn't need her as a substitute host, and she wasn't asked to do any special interviews for the network's prime-time newsmagazines.

The central part of her association with ABC has been the daytime syndicated show 'Katie,' which appeared with fanfare in the fall of 2012.

Ms. Couric said this weekend that she would still mainly focus on the daytime show for the remainder of the current television season - that is, through next May. The longer-term future of the talk show, a respectable ratings performer that has been short of hit status, remains in doubt, with both sides in the midst of deciding whether the show will continue after this season. That decision is likely to be made in the coming weeks.

Ms. Couric described the position she will assume at Yahoo as 'a work in progress.' She said that it was likely to include 'major interviews' with newsmakers, but that she also expected to 'contribute to the expansion of their news operation' and would be 'involved in shaping what Yahoo News will look like.'

The addition of Ms. Couric is consistent with the aggressive repositioning of Yahoo under its new chief executive, Marissa Mayer, who has been looking to restore Yahoo's diminished profile. Ms. Couric said she had developed a personal relationship with Ms. Mayer.

'Marissa Mayer did reach out to me,' Ms. Couric said. 'We both speak the same language and share the same sensibilities.'

Ms. Couric is certainly no stranger to web-based content. While working at CBS, for example, she initiated webcasts and answered questions from viewers on Facebook as well as setting up her own YouTube channel.

One plan for the new position is to reverse the typical pattern of work that begins for a television news organization later being picked up by a digital site. Ms. Couric said: 'I hope to continue to have some presence on network news or cable news. I can envision doing a big interview and have it repurposed for another show that's broadcast or used on cable.'