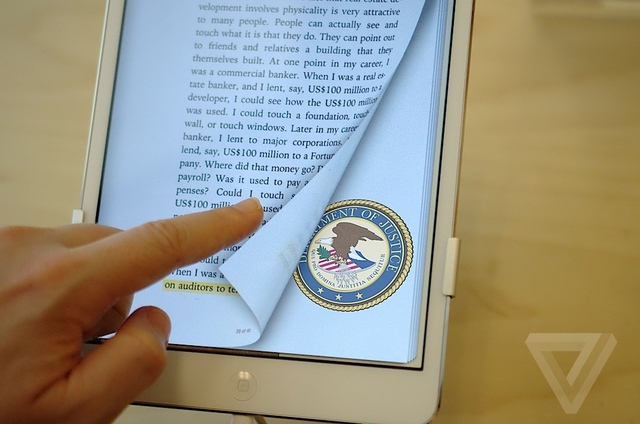 After Apple was found guilty of ebook price fixing earlier this year, US District Judge Denise Cote appointed Michael Bromwich as the company's antitrust compliance monitor. Bromwich has been tasked with keeping an eye on Apple for two years to help ensure the company doesn't repeat the business tactics that landed it in the DOJ's crosshairs. Apple is required to pay Bromwich for his work, but after receiving his first invoice, it's already filed a complaint with the federal court overseeing the case.

Bromwich is reportedly seeking an hourly rate of $1,100 for his time, which Apple says it the highest rate it's ever had to pay any lawyer. 'Mr. Bromwich appears to be simply taking advantage of the fact that there is no competition here or, in his view, any ability on the part of Apple, the subject of his authority, to push back on his demands,' reads the filing. On top of the base hourly rate, Bromwich is also charging Apple a 15 percent administrative fee. According to Apple, this is because he's serving as a monitor through his consulting business, The Bromwich Group, instead of Goodwin Procter, a law firm at which he's a partner. Apple finds fault with this logic, pointing to a press release issued by Goodwin Procter it claims was 'clearly meant to drum up more business' for the firm.Apple says such a fee is 'unprecedented' in its experience.

All told, Bromwich wants $138,432 from the world's most valuable technology company for his first two weeks on the job. Apple is none too pleased with the bill, and it's also displeased that Cote has proposed allowing Bromwich to meet with employees (and report back to the judge) without its own lawyers present.