June 07, 2013
Nothing drives a writer-editor nuts faster than what to do about commas. Just recently, I read an article which found that we use fewer commas today than they did in the 1900s. The article also pointed out that commas are less frequently used in advertising copy than in academic writing. It even implied that, if you punctuated a sentence in a news story the same way you would in a scholarly 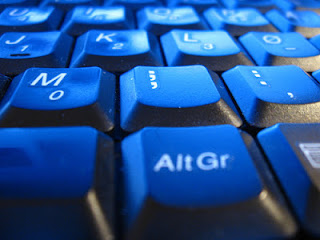 journal, you would be acting inappropriately.
I guess the point is that even something, seemingly, as fixed as where to put commas is in flux today. However, that doesn't mean you can ignore them. The classic example is the difference between these two statements:

It changes your tale from a sweet, family memoir to a horror story. All for the loss of a comma.

The Sound Approach to Commas

No, I'm not talking about the classic Victor Borge comedy routine with his verbal punctuation. It's super funny, but doesn't help us much here.

In this context, we are talking about using the sound of the sentence to decide on comma placement. Here's the rule of thumb: If, when reading a sentence, you pause in the middle of it, consider adding a comma.

In fact, let's look at that rule of thumb as an example. It is a conditional sentence. It sets up a condition at the start and ends with the action to be taken. Right after the "If," we have another conditional clause. Finally, we have the action. If you read this sentence out loud like you would speak it, you find that your voice pauses before and after "when reading a sentence" and right before "consider adding a comma."

This, of course, is not perfect. There are situations where such pauses do not indicate commas. Semi-colons and colons are a good example. Also, depending on your own idiosyncratic diction, you may not pause as much as others do.

However, try it and see. When reading a passage out loud, if you find yourself pausing, and there is no comma there, ask yourself if there should be one.

Certain words appearing at the beginning of a sentence are almost certainly going to either be followed by a comma or the phrase or clause they represent will be.

For instance, words with a time frame reference like After, before, during, or later are good examples. Consider the following sentences:

After church, drop by the house.

During the game, Bob went to his room.

Later, I visited my mother

Words that imply some sort of condition that needs to be met usually lead to a comma immediately following the condition. For instance:

If I get out of work early, I'll take you to the play.

When the clock strikes twelve, the figures come out and dance.

Where you see soggy soil, there is usually a leaky pipe underground.

Also, introductory words or phrases are followed by commas. These include

Okay, that's one of those English teacher topics that make you start to fall asleep in class. Well, wake up! It's not very difficult to understand. When you take two sentences and put them together using a word like "and," "or," "but," "however" or "therefore," you have a compound sentence.
If each part of the sentence before or after the conjunction (that's what a word like "and," "or," "but" or "however" is called) could stand alone, then you put a comma before the conjunction.
Every time you come across a sentence with an "and" between two sentences add a comma.
Confusion issue
Sometimes we confuse this type of sentence with a sentence that simply has two verbs connected by a conjunction. For example:
John stabbed the vampire through the heart, and he screamed, "Die, Monster, Die!"
That is a compound sentence requiring the comma. However, if you cut out the subject of the second sentence (the word "he") you would not have the comma. Example:
John stabbed the vampire through the heart and screamed, "Die, Monster, Die."
Well, that's enough for today. I'll continue this discussion in our next post.