How Direct to Reader Publishing is Empowering Authors

I was thinking the other day about possibly next year finding an agent to see if I could land a decent contract with a larger publisher. I put out a request for input on another list. As I was writing, I was making 'demands.' The agent would have to have a good track record. I would want to see a list of books s/he had recently placed and with what publishers. I would want a list of references. Then I was thinking about the publishing deal. I would need an advance equivalent to what I would likely make from selling indie for at least a year (the average time it takes for a book to reach market traditionally). I would need more than the standard 10% royalty, some input over pricing, and access to all the marketing tools on Amazon. I would also need monthly sales reports so I could adjust marketing to the sales.

Then I stopped and said, "Where's Terri Main and what have you done with her?" This is not the same woman who for 40 years has went hat in hand to publishers taking whatever contract or payment they offered. What made the difference? Quite simply, I don't need them anymore.
When I started doing some limited self-publishing last year, I was thinking primarily of short works, Bible studies, writing guides, etc. that would give me a little extra income. I was focusing on the types of writing for which there exists no market outside of electronic self-publishing. I was pleasantly surprised by the results. Okay, stunned is more accurate. I kept adding more. But I never thought about taking long works like novels and full length nonfiction as indie works. After all, I was a "serious writer." It's okay to play around with self-publishing small things, but books, to be recognized as a writer you "need" a publisher. And I had one, so that was where I was sending my next novel. 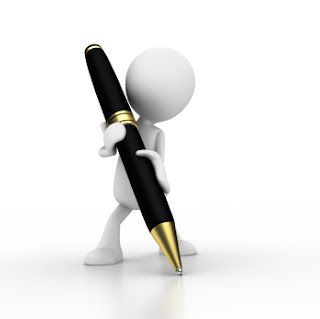 Then came the bad news. As a retired college instructor, I was supplementing my income with some part-time teaching. My position was cut. I needed to replace that income. I had three novels in various stages of production, but it took a year from acceptance to publication of my last novel and I only sold 52 copies in two years. Maybe I wasn't even that good. Besides, fiction is a hard sell. I was being told, it takes several books for you to build up a following. Maybe you need to do another blog tour.

I had done everything "right." Got a publisher. Did the blog interviews. Sent out review copies. I'm not exactly sure what my publisher did other than edit, format and distribute the books through the various online venues. No advertising. Marketing was basically up to me. Don't get me wrong, I don't feel cheated or anything. They treated me well, but I was under the gun. I couldn't wait 12-18 months to see a book published that would only sell a handful of copies.

So, I published my next novels on my own and in a few weeks sold more copies than I did in two years with my publisher. I started getting positive reviews on Amazon and people emailing asking about when the next book would be out. And I was getting paid every month (60 days after the sale) instead of once a quarter. Of course, I had to do the formatting and editing and marketing myself. But I was already doing most of the marketing already, but without access to the very powerful marketing tools you have available in Amazon (Note: I discuss these tools in greater depth in my book Point of Sale)

Suddenly, I was enjoying a modest popularity for my books. They were selling a few copies every day instead of one or two a month. At this point, I'm doing pretty well, but I notice that when I talk about this, there is a type of backlash from a lot of traditionally published authors and especially from some who are strongly associated with agents and publishers.

This brings me to the crux of this post. The technology that has made self-publishing possible is what sociologists call a "disruptive" technology. It doesn't just enhance the status quo. It changes it entirely. It's like the automobile, the steam engine and the internet. Ebook and Publish On Demand technologies are reducing the power of the traditional publishing industry and it's gatekeepers.

Authors don't need publishers just to get their books in front of the public. They don't need them to get them into bookstores. The biggest bookstore that ever existed - Amazon.com - is available to anyone who wants to publish there. And indie published books can sit right next to traditionally published ones competing on an level playing field. The reader doesn't know or care if the book was published by a Big Name publisher or by a small publisher or by the author. The reader just checks out the sample and if s/he likes it clicks the button and it's downloaded into their reading device.

And the author gets 35-70 percent of the sale compared to 10-15 percent from a traditional publisher. S/he can also adjust the price point personally to maximize sales and profits.

The author doesn't need an agent to act as an intermediary between the author and publisher, who in turn provided access to the reader.

So, what does this mean. Does it mean the days of traditional publishing are numbered. Not by a long shot. For one thing, indie publishing is hard work. You have to do everything yourself if you hope to get any profit. That means writing, editing, formatting and marketing. You can, of course, outsource this stuff, but that can seriously cut into your profits. And if you mess up on the editing and formatting, the grammar Nazis will come out of the woodwork and slam your novel with one-star reviews. It may be a faster way to publication, but it is also harder.

What it does mean, though, is that the Author, even if s/he has no intention of self publishing, is empowered in a way they never have been. Since they no longer need a Patron or publisher to get their book to market for almost no money, an accomplished writing with some credentials can negotiate a better deal. S/he can say to a publisher, if you want to publish this book, here are a few things I need. Obviously, they need to be reasonable demands and open to negotiation, but the author knows s/he has self-publishing to fall back on which can produce as good if not better sales than traditional at a higher royalty. The publishers know this as well. And when it comes to talking to an agent, even a mid list writer can approach an agent not with hat in hand asking "Please take me on as a client. What do I have to do to get your representation?" The indie author with a significant sales record or the traditionally published author with a few titles under his or her belt can say, "Mr./Ms. Agent, what can you do for me if I sign with your agency?"

Of course, it goes without saying you have to have a good product and some sort of track record either in indie or traditional publishing. But many authors with good credentials still are bowing low in hopes of getting a book contract and are taking just about anything when they really don't need to anymore.

Whether or not you want to go indie, those who are doing so are putting you in a better position as an author to deal with traditional publishers. We are empowering all authors and not just indies.