How I Plot a Novel 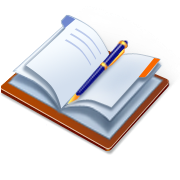 It's Nanowrimo (National Novel Writing Month) time again. That's just two weeks from now. That means NanoPLOTmo is upon us. National Novel Plotting Month as we head into the craziness of November.

I know some of you are "plotters" and some of you are "pantsers." Some need a detailed plot describing what happens virtually on every page before sitting down to write. Others "fly by the seat of your pants" not having anything on paper creating the plot as you go. And people in both camps produce great novels, so I'm not going to tell you one is better than the other. I'm going to just give you a third model that lies somewhere between the two. I'm calling The Journey of Discovery model.

Before you begin to think about plot (plotter, pantser or discoverer) you need to do some prep work. For me that's settling three specific things: Premise or Story Concept, Characters and Setting.

Premise. The premise for me is sort of like "the elevator pitch" professional writers talk about. You are in an elevator and you see the acquisitions editor of a publishing house in the elevator. You are carrying your manuscript and the editor says, "I see you're a writer. What's your novel about?" And you have to tell them before  they get to their floor.

This is also sometimes known as the "concept" and really is trying to boil down the entire story into a single sentence. So, this year I'm doing a sequel to Dark Side of the Moon using the same characters and setting I did in the first book. This one is called Total Eclipse of the Moon. Here's my premise:

While vacationing at a resort in a clear dome on the surface of the moon, the proprietor of the resort is murdered during an eclipse and our heroes must find the murderer.

Okay, it's a bit awkward, but who cares. Until you have to write the marketing blurb, you are the only one to see this. This gives me the specific direction for the story. Everything in my central plot will relate to that concept.

Characters.  I'm a list maker, so I list out everything from their height, weight, hair color, etc. to their likes and dislikes. Basically, I work on their character sketches/dossiers until the character becomes real for me. The way I think about it is that I don't know the character until I reach the point that I wouldn't be surprised to see him or her walking down the street, and, if I did, I could carry on a conversation with that person. At this point I don't do this for every character, just my main character(s).

Setting. Your stories also have to take place somewhere. Of course, they may well move around the world like National Treasure, but there is a starting location and probably one that you will spend the most time in. You don't have to do full world building at this point, but I close my eyes and try to visualize the scene.

After I have these things in place, I create an expanded story concept. I write 3-4 paragraphs or sometimes simply a bulleted list of the general arc of the story. Nothing detailed. Mostly just where the story begins and where it ends.

Here's a quick one for Total Eclipse. It will likely change dramatically, but this is the preliminary concept:

You didn't really think I was going to give away the culprit in an open forum did you?
Visualization
Now, I lay down, close my eyes and follow the whole story in my mind as it unfolds sort of like a movie in my head. Okay, it's weird, but I enjoy it. I begin to fill in  some of the missing bits and some of the secondary plot elements (No, I didn't forget about Linda and Eric's wedding. That's a whole subplot to be explored) as well as the daughter discovering the father she never knew after his death.
That's It!
For me that's where it stops. I may add a couple of things like maybe the key bit of physical evidence I haven't quite worked out yet or some notes about one of the subplots, but I don't make my plot outline more detailed than what you see there. However, plotters can do just that. They can work out every individual scene by taking each line in this bulleted list and writing notes on each scene which connects them.
So, that's how I plot a novel. What about you? What tips do you have about writing the novel?

If you are planning to take a run at Nanowrimo, check out my book The Road to Success in Nanowrimo It's only 99 cents on Kindle. Click Here for more information.