July 18, 2012
The day began early for Laura Hughey and Ashley Hernandez, who opened the Axiom doors before 6 a.m. to receive the KRIV-TV Fox 26 van driven by photographer Stu Brown, with reporter Ruben Dominguez and intern Anna Wiernicki in a separate vehicle on Wednesday.

The TV crew took about an hour to set up the camera and lighting for the live shots scheduled for the 8-9 a.m. and the 9-10 a.m. programming hours of the Fox 26 Morning News. Axiom President Tom Hair arrived about an hour later, at 7 a.m., ready to interview. 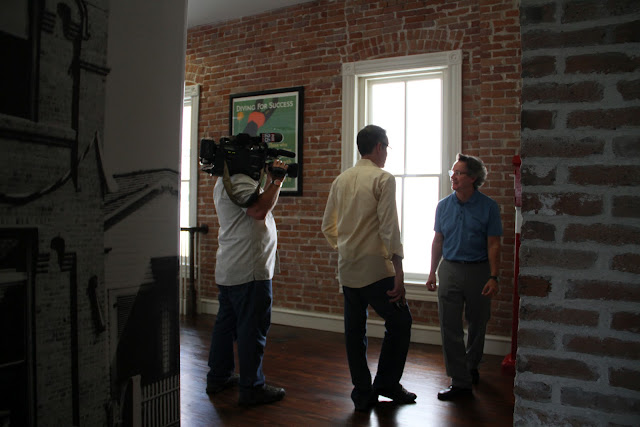 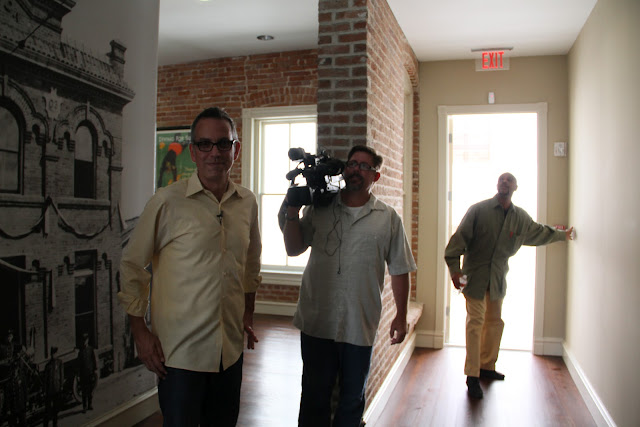 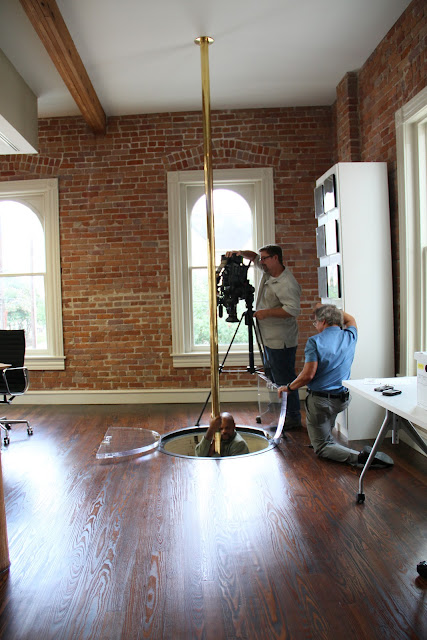 Dominguez and two other Fox 26 media members visited the station two days earlier for a tour and shot footage for a recorded segment that aired during Wednesday's live interviews, which took place at 8:20 a.m. and 9:30 a.m. The first interview was shot in the Axiom lobby, where Tom Hair discussed Axiom's "bling" wall of awards and the artifacts on loan from the Houston Fire Museum. He noted that Fire Station No. 6 (est. 1903) was built during the time the Wright Brothers took flight, Spindletop had gushed oil, and the City of Houston experienced population growth after the Great Storm of 1900 forced people from Galveston to move to Houston. Fire Station No. 6 was considered state-of-the-art for its time, Hair said.
After finishing first live segment and the Fox 26 newscast continued on, the TV crew set up in the main workspace on the ground floor of FS6. There, Dominguez went over what he envisioned happening before going live once more with Tom Hair. The Axiom team gathered together at ground level, positioning themselves for the Nerf gun battle near the end of the segment. After a few dry runs with the photographer, Dominguez launches into broadcast mode and does his stand-up intro before going to the taped segment, a 4-minute piece highlighting Monday's tour. 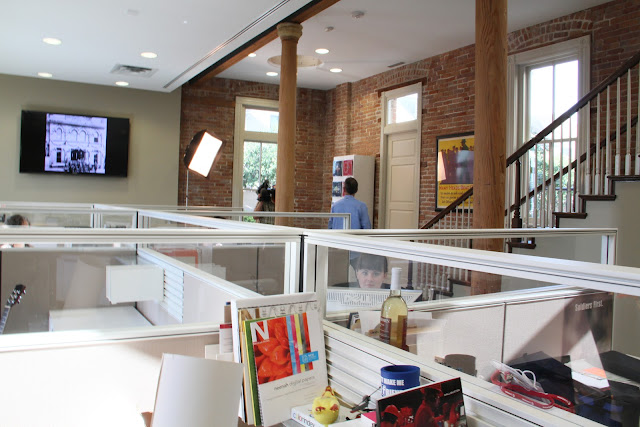 Back to live action -- Tom Hair rejoins Dominguez for the second interview during the 9-10 a.m. hour, which covered the open workspace and how the environment contributes to Axiom's creative energy process. Some of the station's firefighting predecessors' "rough and ready" spirit appears to have rubbed off on the Axiom employees, who shot foam projectiles at one another at a moment's notice. 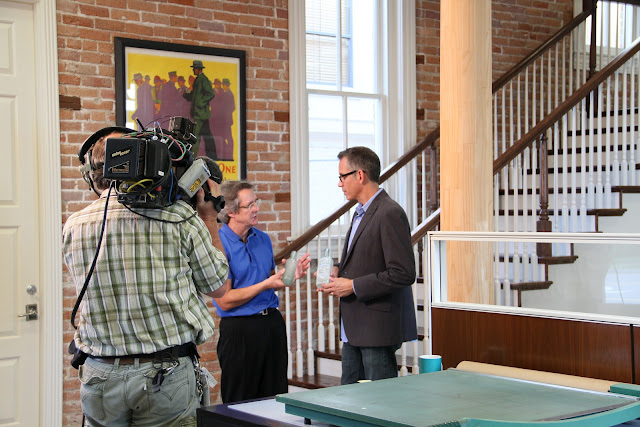 By 10 a.m. the Fox morning news show ends and the live truck parked in the Axiom lot is packed up and gone. Dominguez and his crew were out of here. Much thanks, guys.

And now, back to business. For a look behind the scenes of the Fox 26 profile of Axiom and Fire Station No. 6, visit FireStation6.com or check out our page on Facebook.  Join the conversation on Twitter, #FireStation6.