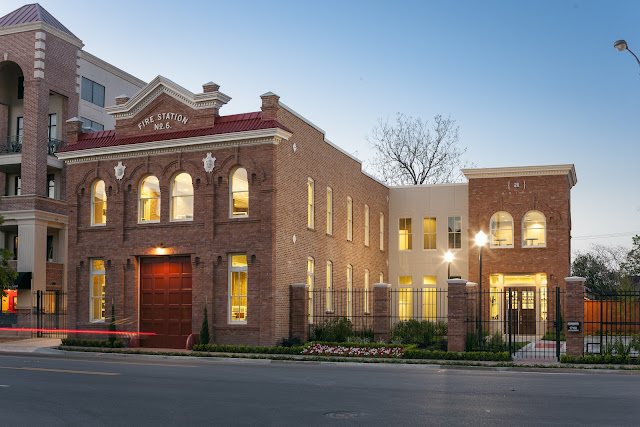 The restoration of Fire Station No. 6 continues to be in the spotlight as longtime preservation writer Betty Chapman profiled Axiom's home base for the Houston Business Journal's June 29-July 5 issue.

During Ms. Chapman's tour of the building, she was impressed with the attention of detail that went into the restoration, from the replacement and matching of 100-year-old Cedar Bayou bricks and pinewood flooring, to the execution of a modern office layout within the station's original space and annex. Her article focused on the historical significance of the building, which opened in 1903 as home to Houston firefighters until 1931.

The HBJ article also became another marker in highlighting a building that resonates throughout the city. "Axiom's pride in Houston's past and success in reclaiming that past for a 21st century application are clearly displayed today at 1702 Washington Ave.," Ms. Chapman wrote.


"We are proud to successfully repurpose the building," Axiom President Tom Hair said. "It could have been torn down, but we hope it remains vibrant for the next hundred years."