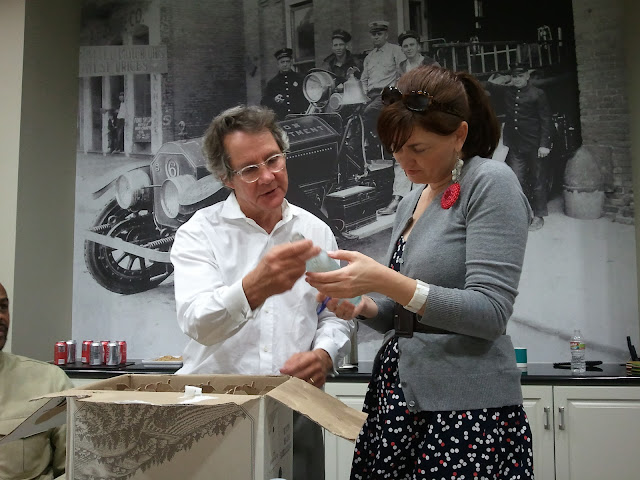 Houston Chronicle reporter Melanie Warner recently toured Fire Station No. 6 with its owner, Axiom President Tom Hair, but she had some unfinished business after leaving the station.

Warner wanted to slide down the fire pole.


But first things first. Warner, a senior reporter with the Chronicle whose blog, Design Houston, regularly appears on the newspaper's website, chron.com, interviewed Hair at the station last week. After a brief introduction to the building's exterior, Hair led Warner through the interior, pointing out the details of the mahogany windows, the mural-size photos on the walls, the reclaimed Cedar Bayou bricks and pinewood flooring, the unobstructed view of downtown Houston.

All of this proved inspiring to many visitors at Fire Station No. 6. For Warner, the fire pole was especially intriguing, a challenge, a bucket-list item to check off.

Problem was, Warner wore a skirt and heels and was not dressed for such a direct journey from the second floor to ground level. The fire pole would have to wait; she would have to settle for the wooden staircase this day.

On Monday afternoon, Melanie Warner returned to Fire Station No. 6, this time with Chronicle photographer Cody Duty, who was assigned to take pictures of the building for an upcoming story in the paper.

And the Axiom team was ready to chronicle her descent into history.


On April 27, CultureMap's Whitney Radley became the first reporter to walk on the roof of FireStation No. 6 since Axiom completed its move into the building in late February. On May 14, after some warm-ups by Tom Hair and a few others, Melanie Warner was the first media member to slide down the fire pole. 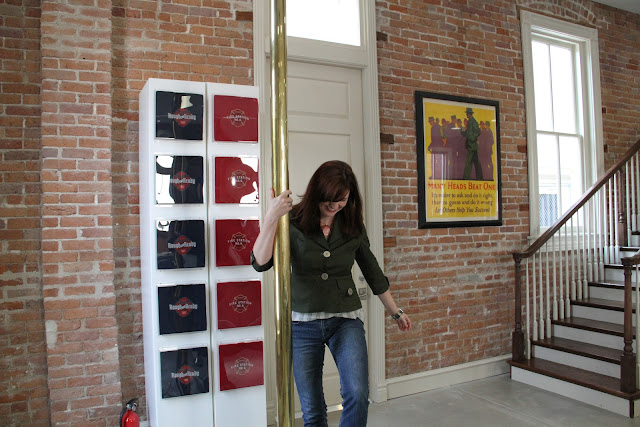 Warner marched up the wooden steps, walked over to the second-floor opening, clutched the fire pole and didn't scream all that loudly before sticking the landing. 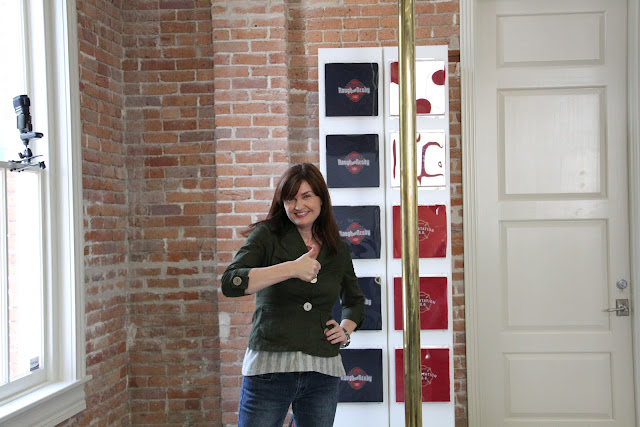 Turns out that sliding down the fire pole is like eating Lays potato chips -- can't have just one. Since the second-floor doors were open, Warner executed a series of slides for the Axiom cameras as well as her photographer's.