How to Cite Tweets for Academia and Communications

March 17, 2012
Seeing how in 2012, most major news events first appear and spread via Twitter in real time, being able to cite these tweets has become an interesting exercise in academic and journalistic sourcing. 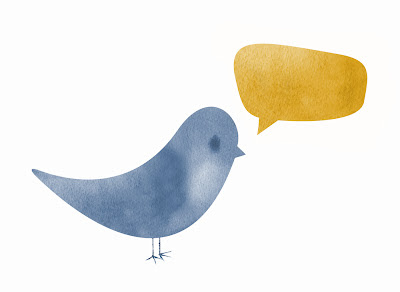 In keeping with the times, the MLA and Chicago Manual of Style recently updated their respective guidelines to reflect the growing importance of Twitter in journalism and academia.


The MLA states that the correct way to cite a tweet is:

Here's an example from MLA's page:

Now, in instances where only the User Name or Twitter handle is known, the name of the person from the citation can be omitted.

The Chicago Manual of Style (Online edition) offers a bit of a broader guideline on how to cite and format tweets:

In the text, you can incorporate the facts into a sentence: In a Twitter post on September 14, 2011, Garrett Kiely (@gkiely) wrote, “Using Google, Authors Guild takes 2 mins to connect an author with an ‘orphaned work’: bit.ly/nqyjOo.” And here’s a possible note form:

An interesting point on this is the consideration of the time and date attributed to tweets, The time stamp on any given tweet is relative to the reader's specific time zone when reading the original tweet. Often, the originating time stamp and/or time zone are not explicitly known, so for the purposes of citations, an approximate time frame is noted on the messages. Also, depending on which side of the International Date Line you fall on, the date might be off by a day.

Many might cringe at the thought of citing something as ephemeral as a tweet. However, the ability to send information in real time, from culturally significant and newsworthy geopolitical hotspots — and the need for intellectual honesty — has more or less dictated that these tweets and trending topics be uniquely and accurately referenced.
Citations MLA The Chicago Manual of Style Tweets twitter